Share this tribute
Memorial Candles Lit for Arlene | SEE ALL
Light a Candle
"We are honored to provide this Book of Memories to the family."
— Mueller Memorial Funeral and Cremation Services
"Zurn family- you are all in my thoughts and prayers as you bury your beautiful mom today! I think heaven will rejoice with a new angel whose..."
— Stacia A
"Remembering Arlene through our beautiful daughter-in-law, Jade, who has her grandma’s wonderful laugh, positive spirit and caring heart...."
— Steve and Mary Eggert
Funeral Details Memory Wall Photos & Videos Send Flowers

Arlene was born on September 8, 1935, to Alfred Dietrich Paul and Agnes Antonia Paul. Arlene grew up on the east side of St Paul, Minnesota with three sisters (Anita Lindbom, Andrea Smith, and Arvilla Lang) and two brothers (Al Paul and Arnold Paul). As a graduate of Harding High School, class of 1953, she went on to work at 3M. Arlene and Robert Anthony Zurn (Bob) married in 1957. She devoted herself to raising their family of eight children. They built a life together in White Bear Lake and later in Vadnais Heights, MN. She was a wonderful mother, even earning a ‘homemaker of the week’ award in the White Bear Press in 1975. As the kids grew older, she worked as a waitress/hostess at North Oaks Golf Club. After the kids all moved on, Arlene took several jobs in clerical positions at various firms around White Bear Lake. She continued to practice her Catholic faith and volunteer at St. Mary of the Lake Church. Where she really shined was around her kids and grandkids. After retiring, she then dedicated her time to help raise and care for her grandchildren along with spending time “up at da lake” in Merrifield, MN, where she and Bob bought a lake cabin years before. Arlene was always quick with a charming laugh and a welcoming smile. When you met Arlene, you couldn't help but love her. Nobody ever heard her speak an unkind word toward others. A phrase she would often repeat sums up what she valued, “Be nice, be kind, be sweet, be fine!” Arlene was more concerned about others' comfort and happiness than her own so when she began her struggle with dementia in 2016 it was especially hard for her. In 2018, Arlene moved to join the Homestead at Maplewood as a memory-care resident. After her recent battle with pneumonia and sepsis on September 21, 2020, her mind and body are at peace.
Arlene was preceded in death by her husband, Robert Anthony Zurn in 1993.
Arlene is survived by:
Cheryl Schistad (Olaf) - Line Birgitta (great grandchildren - Nora, Mina, Emil) Darryl Zurn (Hiroko Nagai) - Hannah, Kent
Nancy Zurn - Steve, Evan, Beatrice, Cedric
Mary Zurn (Larry Imperiale) - Jade (great grandchildren - Simon, Ruby)
Rob Zurn (Sharon) - Kyler, Noah
Lynda Zurn (Scott Mertz) - Kaylin, Abbey
Julie Zurn-Pfaffendorf (Bil) - Will, Ava
Scott Zurn - Aidan, Chloe, Gavin, Grayson
Memorials may be sent to St. Mary of the Lake Church or the Red Cross.

Visitation 2-4PM on Sunday, September 27 and prior to Mass from 9-10:30AM on Tuesday, September 29, both at Mueller Memorial, 4738 Bald Eagle Ave., White Bear Lake. Mass of Christian Burial 11AM on Tuesday, September 29 at St. Mary of the Lake Church, 4741 Bald Eagle Ave., White Bear Lake. Due to Covid guidelines, Mass is restricted to 100 people including family members. Masks are required at all events. Private family burial at Fort Snelling National Cemetery.
If you are unable to attend services or do not feel comfortable attending services, any memorials or cards may be sent to the funeral home; attn: family of Arlene Zurn.

We encourage you to share any memorable photos or stories about Arlene. All tributes placed on and purchased through this memorial website will remain on in perpetuity for future generations.

Zurn family- you are all in my thoughts and prayers as you bury your beautiful mom today! I think heaven will rejoice with a new angel whose laughter brings love, peace, And joy to all.

Stacia A - Tuesday September 29, 2020 via Memorial Candle
Share This:

In Memory of Arlene, What a Sweet Lady , She made you feel like you had always known her! Love , Hugs and Prayers to the family,
Dan & Shanda Landes family - Monday September 28, 2020 via Heartfelt Sympathies
Flowers were purchased and a memorial tree was planted
Share This:

Remembering Arlene through our beautiful daughter-in-law, Jade, who has her grandma’s wonderful laugh, positive spirit and caring heart. Our deepest and heartfelt sympathy to Arlene’s lovely family.
Steve and Mary Eggert - Friday September 25, 2020 via Memorial Candle
Share This:

Our thoughts and prayers are with you all during this trying time. We are so sorry for your loss!
Summit Orthopedics Hand Therapy - Thursday September 24, 2020 via Heartfelt Sympathies
Share This:

Love Anita and family
Thursday September 24, 2020 via Heartfelt Sympathies
Share This:
LT
So sad to hear of Arlene’s passing! She was beautiful inside and out! I loved her laugh and never heard her speak an unkind word! Her family loved her well and she will be dearly missed! Hugs and love to all of you 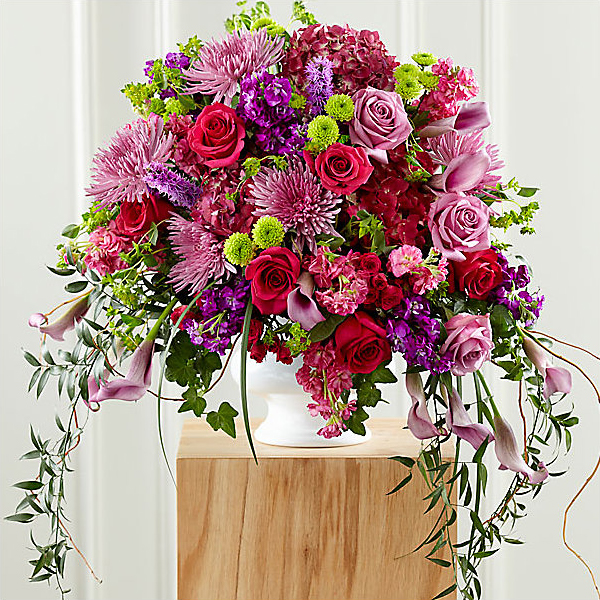 With loving memories of Grandma Arlene, thank you for everything....much love from Line Birgitta, Bjorn-Ivar, Nora, Mina and Emil
Tuesday September 22, 2020 via Heartfelt Sympathies
Share This:
1
Page 1 of 1
Share
×

From: Cheryl
Mom
Share on Facebook
Send flowers to the family
Choose from beautiful standing, table and basket arrangements. Safe and secure online ordering.
View Flower Arrangements
What has already been purchased for the family?
Family Log-In