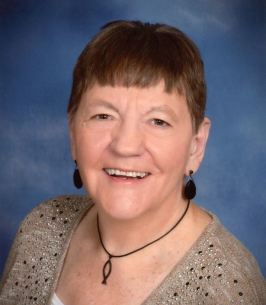 Share this tribute
Memorial Candles Lit for Coreen | SEE ALL
Light a Candle
"We are honored to provide this Book of Memories to the family."
— Mueller Memorial Funeral and Cremation Services
"We love you, Coreen and shall miss having you across the alley from us! xoxo Neil and Andrew"
— Neil and Andrew (neighbors)
"A wonderful neighbor. Gave us amazing company and the best recipes."
— Andrew Stobbs
"Coreen was an amazing lady, she will be truly missed by her Des Moines family. "
— Jenny Wamberg Hall
Funeral Details Memory Wall Photos & Videos Send Flowers

Coreen Ella Rohrberg Johnson was born September 17, 1943 to Levon Rohrberg and Irlene Bebensee Rohrberg, in Council Bluffs, Iowa. Considered small for that time, ( 4 # 6 oz), she remained in the hospital for nearly three weeks . When her Grandfather Gustave Rohrberg saw her, he said, “she will not make it home, get her baptized! Her baptism was conducted at the hospital by the Reverend O. C. Biermann, St. Johns Lutheran, Mineola, IA. Her first bed on coming home was a large shoe box and then she moved up to a dresser drawer. She was small but strong, and remained strong her entire life as evidenced by her courageous 4 year battle with pancreatic cancer. She died at her home on December 18, 2020.
Coreen has two siblings, her older brother, LeVerne who welcomed her home, and Kenton, who was born five years later. Coreen’s parents were farmers, working for land owners for a portion of the crop just east of Glenwood, Iowa. When Coreen was in fifth grade her parents bought a nearby farm and raised corn, soybeans, and livestock. She described her childhood as fun, despite the war. She had frequent visits to and from family, grew close to many cousins, did various farm chores like caring for animals and gardening. She enjoyed helping her mother, but detested butchering chickens. There were other adventures. One particular incident involved a bucket in the garden and an unknown visitor. Coreen hated snakes. One day as she crossed the path into the garden there was a snake. With a yelp, she threw the bucket into the air and was back in the house before it hit the ground! She also remembered driving the tractor while her uncles loaded hay on the hay wagon. She attended Little Brick School-- 22 students-- where her only same grade classmate was Walter. The next year she went to “town school” in Glenwood where she entered high school. She loved English and her teacher Barbara Waldarab and math, taught by Tom Davis.
Knowing that she wanted to become a teacher, she attended and graduated from Northwest Missouri State College with a BS in Education and later earned her master’s degree in education from the University of Minnesota. She taught her entire life in junior high, high school and junior college and enjoyed the students and logical nature of the subject.
Coreen began her teaching career at Manchester, Iowa. She then moved to Belvidere, Illinois schools and eventually migrated to St. Paul, Minnesota in 1974. She loved the outdoors and skiing and the woods. She enjoyed both down hill and cross country skiing. She bought her current home in 1975 and was proud to live there until her passing.
She met her husband-to-be, Ken Johnson, in 1991. Ken, an employee of the BSNF Railroad, quickly became a part of the family. Coreen and Ken enjoyed traveling and among the places they visited were Denmark, Northern Europe, the Panama Canal, Alaska, and many sites in the states. Coreen also traveled to England and Iceland. She also learned to enjoy golf.
Coreen loved her nieces and nephews and Ken’s children, grandchildren and great-grandchildren .They would often spend their time visiting family through the United States. Outside of family, Coreen’s greatest love was Cross Lutheran Church in St. Paul. She served as lay minister and for a time served as leader of the United Sisters. She loved participating in worship. She was also passionate about outreach programs such as John Glenn School.
Coreen was preceded in death by her husband, Ken, in 2011. She is survived by her brother, LeVerne (Diane) of Glenwood, Iowa, brother Kenton (Eileen) of Topeka, Kansas, nieces and nephews LaDonna, Daniel, and LeAnne, Erin, Justin, Travis, and their spouses and children. She is also survived by Ken’s daughters, Barb Shorrel (Gary), Linda (Ira) Whipple, Kathy (Ron) Ebert and their children, grandchildren, and great-grandchildren. In addition, she will missed by her many dear friends and church family.
Memorials may be sent to Cross Lutheran Church on Prosperity in Maplewood, Minnesota or the Pancreatic Cancer Action Network.
A virtual visitation and virtual service are planned for early January. Please check the Mueller Memorial Website for upcoming details.

We encourage you to share any memorable photos or stories about Coreen. All tributes placed on and purchased through this memorial website will remain on in perpetuity for future generations.

We love you, Coreen and shall miss having you across the alley from us!
xoxo
Neil and Andrew
Neil and Andrew (neighbors) - Friday January 15, 2021 via Memorial Candle
Share This:

A wonderful neighbor. Gave us amazing company and the best recipes.
Andrew Stobbs - Friday January 15, 2021 via Memorial Candle
Share This:
AD
Sincere sympathy to the families of LeVerne Rohrberg and Kenton Rohrberg. You have been so good to Coreen. She spoke of all your family members often. The obituary is wonderfully written and truly captures her life. I taught with Coreen in Manchester IA in 1966 and 67. We had many adventures with other singles in the town. Coreen was always up for fun. Her dedicated teaching helped many students on their way to success. She will be long remembered by those students. My memories will fill me with joy as I keep her in my thoughts and prayers. May you find peace in your memories.
Ann Dunn-Foley - Tuesday January 05, 2021 via Condolence Message
Share This:
EM
I would like to send prayers to all the families who will miss Coreen. We have had lots of good memories growing up. We had loads of family gatherings when we were kids, lots of time on the farm.We will be sending our memorial to the pancreatic cancer network, since it took so many of our family. Jim and Eloise Modrell.
Eloise modrell - Monday January 04, 2021 via Condolence Message
Share This:

Our deepest sympathies,
Tuft, Lach, Jerabek & O'Connell - Tuesday December 29, 2020 via Heartfelt Sympathies
Share This:
LW
I will miss Coreen so much. I always helped her do setup for the annual Christmas brunch at Cross. She had a talent for design and had the best ideas for the tables. She taught me how to measure ribbon by extending it from hand to elbow. I had a great respect for, and usually agreed with, Coreen's opinions on so many things. She was such an asset to our monthly Cross Book Club/therapy sessions. She was also easy to listen to when she did the Readings at church. She knew how to make Church a home. Love you, Coreen.
Linda Winning - Sunday December 27, 2020 via Condolence Message
Share This:

Coreen was an amazing lady, she will be truly missed by her Des Moines family.
Jenny Wamberg Hall - Sunday December 20, 2020 via Memorial Candle
Share This:
1
Page 1 of 1
Share
×