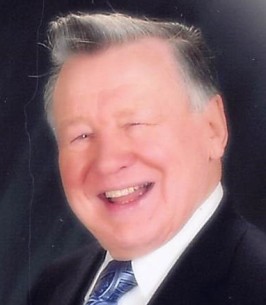 Memorial Candles Lit for Daniel | SEE ALL
Light a Candle
"We are honored to provide this Book of Memories to the family."
— Mueller Memorial Funeral and Cremation Services
Funeral Details Memory Wall Photos & Videos Send Flowers

Print
Cylkowski, Daniel J. Sr., 96, of Little Canada, passed away unexpectedly on Tuesday, July 20, 2021. He was preceded in death by his parents, Joseph and Stella; brothers, Joseph and Robert (Dee); and sister Dolores (Bill) Morgantini. Survived by his wife of 70 years, Corrine; sons, Daniel Jr. (Melody) and Gregory; grandchildren, Alicia (Phil) Arellano, Kayla, Nicole, Cameron, Lance, and AnnaBelle (Corey) White; and 5 great grandchildren. He retired from Hamm’s Brewing. He served with distinction during World War II with General Patton’s 3rd Army in the European Theater of Operations and was awarded five major battle stars. Participating in Normandy, Northern France, Ardennes, (Battle of the Bulge) Rhineland, and Central Europe; ending up in Czechoslovakia at the end of the war.

We encourage you to share any memorable photos or stories about Daniel. All tributes placed on and purchased through this memorial website will remain on in perpetuity for future generations.

The Lang's and Jen and Josh Rosefelt sent flowers to the family of Daniel John Cylkowski Sr..
Send Flowers

With love and hugs,
The Lang's - Friday July 23, 2021 via Heartfelt Sympathies | Order flowers in memory of Daniel
Share This:
M
Dear Dan, Melody and family,
We are so sorry to hear of the unexpected passing of your dad, grandfather and great-grandfather. We can only imagine how your heart is hurting. We hope that the many memories you have bring you comfort and joy as you think back on a life well lived. Sending prayers and love. Dave and Meri Jo
Meri Jo - Thursday July 22, 2021 via Condolence Message
Share This:

Sending you prayers of hope and healing during this difficult time.
Jen and Josh Rosefelt - Thursday July 22, 2021 via Heartfelt Sympathies | Order flowers in memory of Daniel
Share This:
1
Page 1 of 1
Share
×