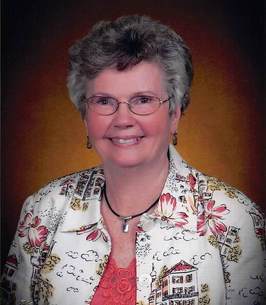 Share this tribute
Memorial Candles Lit for Dorothy | SEE ALL
Light a Candle
"We are honored to provide this Book of Memories to the family."
— Mueller Memorial Funeral and Cremation Services
"Sorry for your loss. Condolences to the entire Learn family. "
— Sue Manning
"Miss you and love you grandma! "
— Estelle Wallace
"This beautiful woman taught me how to be a mom and a grandma. She taught me that family and God are priorities in life and you can not..."
— Renee E Ryan
Funeral Details Memory Wall Photos & Videos Send Flowers

Dorothy was born in Mitchell, South Dakota and attended a country school in Artisan, South Dakota. After high school, she worked as a telephone operator. She married James Learn on March 21, 1954 and in March of 1957 they moved to St. Paul, Minnesota where she again worked as a telephone operator for Northwest Bell. She also worked as a nurse aide at St. John's Hospital, switchboard operator at Mound Park Hospital and then retired from Montgomery Ward Service Department. She also was a full time mom and grandma. After she retired, she continued to stay busy by being a bus aide for the Stillwater School and worked for the MN State Fair (where she was even employee of the month). She loved sports, especially the Vikings and Twins and was even turned by Brett Favre into a secret Packers fan. She was heavily involved in the American Legion and as a member of the United Methodist Church. She was an incredible sewer, making dresses and clothes for her children and herself; and had a passion for baking- everything from scratch. Most importantly she loved family gatherings and being with her family.

A celebration of life will be held from 9 AM to 11 AM on Monday, October 4, 2021 at Mueller Memorial- St. Paul, 835 Johnson Parkway, with a time for sharing memories beginning at 11 AM. Interment at Fort Snelling National Cemetery.

We encourage you to share any memorable photos or stories about Dorothy. All tributes placed on and purchased through this memorial website will remain on in perpetuity for future generations.

Add Photos Post Condolence
J
Mom :
The compliment I received from you and will always cherish was the night of Dad’s funeral . You told me: “Jimmy I never had to worry about you. You always find your way!”

I have thought of that compliment numerous times in my life and it has helped me “find my way!”

Thank You 🙏.
I will miss you and always cherish the memories!
Your Son Jim
Jim Learn - Sunday October 03, 2021 via Condolence Message
Share This:

Sorry for your loss. Condolences to the entire Learn family.
Sue Manning - Sunday October 03, 2021 via Memorial Candle
Share This:

Miss you and love you grandma!
Estelle Wallace - Saturday October 02, 2021 via Memorial Candle
Share This:

In memory of our Mom, Grandma, & Great-Grandma. You gave us life, love, & many wonderful memories. The Learn, Gardner, Lindbom, and Roesler families
Joan Learn - Saturday October 02, 2021 via Heartfelt Sympathies
Share This:

This beautiful woman taught me how to be a mom and a grandma. She taught me that family and God are priorities in life and you can not have one without the other. She loved all her children unconditionally and the same. It just looked different for each of us. She gave us life, love and to never ever quit in life. She was my mom and I am blessed that God chose her for my mom. Love you and miss you more than you know. Please hug dad and give him a big kiss for me. Love you forever, Renee.
Renee E Ryan - Thursday September 30, 2021 via Memorial Candle
Share This:
1
Page 1 of 1
Share
×