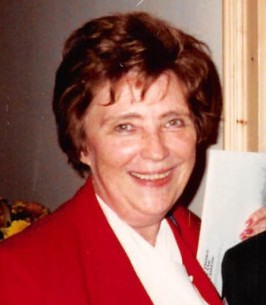 Memorial Candles Lit for Irene | SEE ALL
Light a Candle
"We are honored to provide this Book of Memories to the family."
— Mueller Memorial Funeral and Cremation Services
Funeral Details Memory Wall Photos & Videos Send Flowers

Print
Irene D. Faffler
Age 95 of St. Paul
Passed away peacefully, to be with her Lord, on January 15, 2021. Born on Oct. 4, 1925, she was the first of seven children. She is preceded in death by parents John and Bertha Faffler, brothers Roy, Walter and Howard Faffler, sister Alice Faffler, sister-in-law Thelma Faffler and brother-in-law Paul Mader. Survived by brother Larry Faffler, sister Jan Mader and sister-in-law’s Beverly and Ann Faffler and many loving nieces and nephews.
Rene’s love for teaching started with attending The Moody Bible Institute where she received her Teachers and Missionary diplomas, and the University of Minnesota where she received her B.S., M.A. and Ph D. She taught English at Lester Prairie High School, New Richmond WI and at Kamehameha School in Hawaii. In 1959, through Presbyterian Colleges, she joined the staff at Beirut University College, Beirut, Lebanon as the chairman of the Humanities Division and then the Professor of Communications Arts where she was instrumental in redesigning the academic programs for Communications Arts, English language courses and Cultural studies. She was then appointed the Academic Dean of the College and was responsible for all academic programs. She taught English, Speech, Drama and Debate throughout her 30 years there, but one of her greatest accomplishments was planning and overseeing the construction of the college’s Fine Arts building where she wrote and directed many plays for kids and adults. She had such a love for the theater. She was highly revered and loved by colleagues and students alike. When she retired, she received the First Class Knowledge Metal from the President and Prime Minister of Lebanon.
She will be missed dearly, but now Heaven is her home.
We offer much gratitude to everyone at The Waters in Highland Park for their loving care of Rene throughout her stay there.
Memorial gifts may be directed to the Union Gospel Mission. Private memorial service will be held at a later date.

We encourage you to share any memorable photos or stories about Irene. All tributes placed on and purchased through this memorial website will remain on in perpetuity for future generations.

Provide comfort for the family of Irene D. Faffler by sending flowers.
Send Flowers
NR
I was one of the students that Dr. Faffler taught at LAU (BCW when I attended). She was a great person and teacher. In my junior and senior years, I helped with the many plays she directed. Because of all the fond memories I have of her, I named our daughter Irene after her. May she Rest In Peace. Nuha Farraj Rice, Beaverton , Oregon
Nuha Rice - Sunday February 21, 2021 via Condolence Message
Share This:
1
Page 1 of 1
Share
×