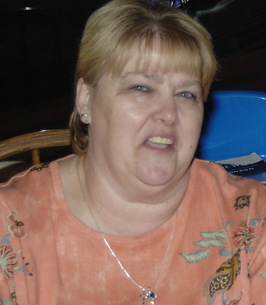 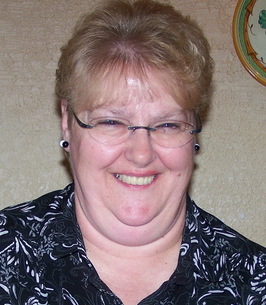 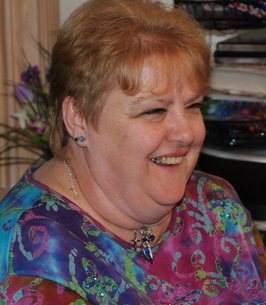 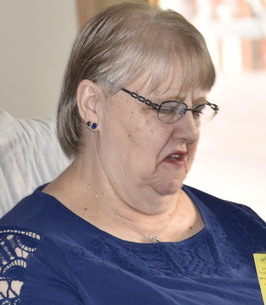 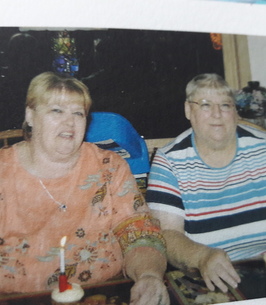 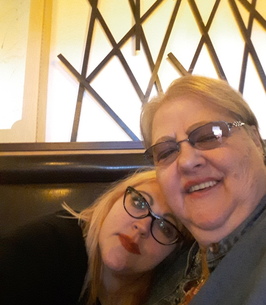 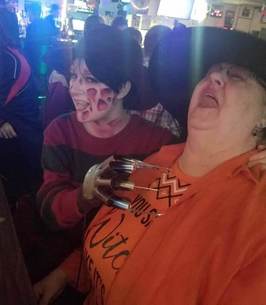 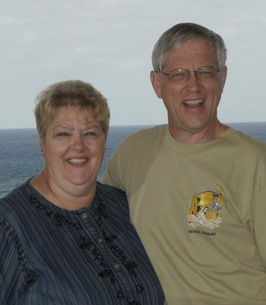 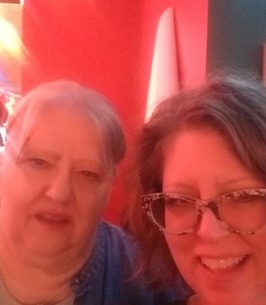 Share this tribute
Memorial Candles Lit for Jane | SEE ALL
Light a Candle
"We are honored to provide this Book of Memories to the family."
— Mueller Memorial Funeral and Cremation Services
"I was blessed to have met this angel who God needed back. She touched my heart in so many ways. I think of her often and pray for her family..."
— Jennifer Ohr
"Always mama.."
— Linda
Funeral Details Memory Wall Photos & Videos Send Flowers

Print
Ohr,
Jane
(nee Wirtz)
Age 70 of St. Paul
Passed away suddenly on November 10, 2020. Preceded in death by twin Joan, who she missed everyday; brothers Frank, George, Paul & David and parents Ernest & Ida. Survived by husband of 50 years, Jim; daughters Louise (Tim) and Linda (Jeff); granddaughter Devon; great grand puppy Cujo; siblings Betty, Larry, Rosemary, Diane, Maryann, Theresa, Ernie, Steven, Louise and Michael; many nieces & nephews. Visitation Tuesday, November 17th from 5:30 pm to 7:30 pm at MUELLER MEMORIAL, 835 Johnson Parkway. Jane was the most thoughtful & considerate person and nothing made her happier than putting a smile on someone else’s face. Her happiness & positive outlook on life will be missed by all who knew her.

Jane was born at St. Luke’s Hospital in St. Paul to Frank and Ida May Wirtz (nee Possehl) on September 14, 1950. Jane was a fraternal twin to Joan and one of 16 children in the family. Jane always talked about how they spent their first years in a small farmhouse located on Lexington Avenue right across from Resurrection Cemetery in Mendota Heights. Many of Jane’s relatives including her parents and her twin Joan who passed in 2016 are buried at Resurrection and Jane would often go out to visit especially Joan and enjoy the peace of the cemetery.

In the 1950’s the Wirtz family moved to a location on Raymond Avenue near the Minnesota State Fair Grounds. Jane’s Mom worked at a small kitchen during the fair and Jane would often reminisce about going to visit and getting some fair treats. She attended Holy Child Grad School, St. Anthony Park Elementary, and Murry High School. Jane was quite athletic as a young girl and teen, and she often reminisced about how she and Joan would be the lead girl runners when they had to run back from the athletic fields to the high school.

Jane met her life partner Jim in 1968 while working at a White Castle that was located in downtown Saint Paul on the corners of 6th & 7th Street. They went on their first date to the Minnesota State fair in 1968 and they often shared the memory of Jim winning Jane a giant dog by breaking two plates at the games carnival, the first and probably last time that he ever won anything at a game of chance. Both knew quite early that they were a match made for each other.

Jane and Jim eloped and were married in Clear Lake, SD on February 9th, 1970. In 1971 Jim enlisted in the Navy and in 1972 they embarked on their Navy travel together. Jane and Jim spent 3 years in Hawaii followed by another 3 ½ years on Guam. Their first Child, Louise, was born November 23, 1973 in Hawaii, and their second child, Linda, was born on Guam on December 12, 1976. They enjoyed their time together overseas, and Jane got into collecting of Far East trinkets, carved furniture, and pictures with which she decorated the house. One adventure they encountered on their naval travels was being on Guam when Typhon Pamela crossed directly over the island in 1976 – living without power for over a month on a devastated island was the memory for a lifetime.

In 1979 Jane and Jim ended their Navy travel adventures and settled down in Saint Paul Minnesota buying a home in the Mounds Park area. During the 1980’s and into the 1990’s Jane worked part time doing a variety of service jobs and light manufacturing; she also managed to find time to maintain a house, raise 2 children, throw great Halloween, New Years, and Birthday parties for many of the extended family. Putting together her Halloween party each year gave her great joy and she loved to dress as a witch or clown. She was always at her happiest when others were enjoying themselves and much of the time during the parties she spent working making sure all the food was in place and that everyone else had everything they needed. During this time, at the center of everything for Jane were her daughters Louise and Linda. She always made sure that they had everything that they would need and that they always had someone to talk to or help them whenever there was need.

In 1990 Jane and Jim celebrated their 20th wedding anniversary in San Francisco. It was a fun trip where they rode the street car’s, visited fisherman’s wharf, China Town, and just wandered about the city for a week. A separate suitcase was almost needed to get home when Jane found some Oriental Dolls at a shop in China Town and just had to get 4 of the dolls.

In 1996, when Jane’s granddaughter Devon was born, she stopped working so that she could stay home and help raise Devon. Having another child in the house was a great joy to Jane; but that was not unexpected, as Jane enjoyed the company of children and it was something to watch her entertain preschoolers, coloring pictures with them or otherwise engage in play. She was the best parent/grandparent that any child could possibly want.

In 1997 Jane and Jim moved into their “Dream Home” in the Highwood Hills area of Saint Paul. Jane loved the new home, having the bedroom on the main floor and a beautiful view of the woods out back. Jane would sit in her chair and look out the picture window to watch the deer and other wildlife move through the backyard and then she’d watch the sunset over the river valley and remark on the beautiful reds.

In 1998 Jane suffered her first bout with the heart failure that would eventually claim her life. In her indeterminably manner she fought back and was able to live a mostly normally life even with the fatigue that the weakened heart caused.

In the early 2000’s Jane and Jim went on several fun vacations with Louise, Linda, and Devon. They went back to Hawaii to revisit some of the old haunts for their Navy days. They were fortunate on this trip to have the companionship of Delores and Merlyn Wallen, the parents of Jim’s brother-in-law Glenn. For Jane the best part of the trip was just watching Louise, Linda, & Devon enjoying themselves on the beach and watching Jim go out and snorkel – as was always the case, the most important thing to her was that everyone else was having fun, she could just sit and watch others enjoy themselves and be happy. While she enjoyed the trip, after 3 weeks she couldn’t wait to get back to her home and her chair – at that point she had seen as much of Hawaii as she ever needed.

In 2002 Jane and Jim then went on a Caribbean Cruise with Linda & Devon, all staying in one cabin – it was a bit of a squeeze but we all got in. Jane enjoyed the shore excursions to the towns where she could do a little bit of shopping and walk around seeing the sights with Linda.

Their next family trip is when they all went to Disney World in Florida - they also visited the Universal Studios and Sea World in Florida. Jane loved walking around the Entertainment Zone of Paramount with Linda & Louise and watching Devon with the theme park characters. She didn’t do much of the attractions herself, but just watching us on the various rides was enough to give her joy.

Their final travel adventure was in 2008 when Jane, Jim, Linda, and Devon took a trip to Atlantis Resort on Paradise Island in the Bahamas for Jim’s work. They had much fun family time, and Jane loved wandering the small town with Linda and Devon looking at the small shops and then in the evening hitting the Casinos at the Resort.

During the 2000’s Jane and Joan would often “sneak off” during the day and go down to Treasure Island Casino to play a little slots. Jane loved taking the drive down with Joan and they would talk about their lives, the past, and the future. Jane often talked about how much fun her and Joan had when they did this and how they could talk to each other about anything.

As time moved into the 2010’s Jane began to finally slow down a bit – not too much but the parties became a little less frequent - Except for Halloween parties which continue until 2015. In 2016 Jane lost her twin Joan to Ovarian Cancer. From that point some of the spark went out of her though she continued to put on a smile and a brave face, it was clear the loss of Joan left her with an empty spot that could never be filled.

The last 5 years of her life were still filled with much Joy as she prepared the house for every holiday and visited with family. Jane became closer with her sisters Diane & Maryann and her brother Larry with whom she often chatted away for hours in the evening. During the Covid Crisis she started getting into Facebook and was having a lot of fun interacting with her & Jim’s families and tweaking the Trump supporters about their “Fake News” – she was having FUN!! The last few weeks of her life were still happy as she put out candy for Halloween and watched the kids come up while she stood outside – She loved the kids in their costumes. On her last day we spent part of the morning together putting up Christmas decorations and getting the yard ready for winter,

Jane moved through the world always with a smile on her face and thinking of ways to put that same happiness to the heart of others. She was always so considerate and thoughtful to everyone; a small example would that if she found a person liked a particular hors d'oeuvre or desert then she would always make sure to get that when the person came by for dinner, or making sure when children visited that they had treats they liked and toys they enjoyed. Her joy of life and cheerfulness will be forever missed by all who knew and loved her.

We encourage you to share any memorable photos or stories about Jane. All tributes placed on and purchased through this memorial website will remain on in perpetuity for future generations.

I was blessed to have met this angel who God needed back. She touched my heart in so many ways. I think of her often and pray for her family to find peace. God bless her forever.
Jennifer Ohr - Tuesday December 01, 2020 via Memorial Candle
Share This:

In sympathy. Our thoughts and prayers are with you and your family.
Mike, Chris and family - Saturday November 14, 2020 via Heartfelt Sympathies
Share This:

In sympathy. Our prayers are with you and your family. Mrs. Theresa Meyer, Mike,Kathy,Dorothy,Joe,Colleen, John,Robert,Paul, Steve,Terry, Judy and fam
Kathy Olson - Saturday November 14, 2020 via Heartfelt Sympathies
Share This:

From: Louise
Share on Facebook
Send flowers to the family
Choose from beautiful standing, table and basket arrangements. Safe and secure online ordering.
View Flower Arrangements
What has already been purchased for the family?
Family Log-In