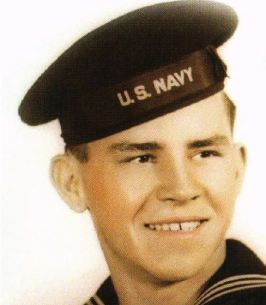 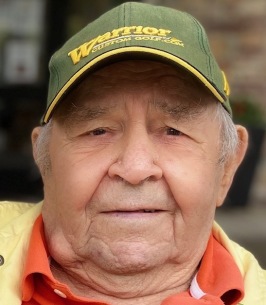 Memorial Candles Lit for John | SEE ALL
Light a Candle
"We are honored to provide this Book of Memories to the family."
— Mueller Memorial Funeral and Cremation Services
Funeral Details Memory Wall Photos & Videos Send Flowers

John was born in Lemmon, South Dakota on November 4, 1927. He was one of eight children to Beatrice (nee Jonas) and Joseph Buche. He attended Lemmon High School in Lemmon, South Dakota. He enlisted in the U.S. Navy and was always incredibly proud to have served his country. John met his loving wife of 70 years, Elaine, when they were children. They courted as teenagers and eventually were married on September 12, 1950 at St. Mary’s Church in Lemmon. After getting married, they moved to the Twin Cities for John’s work where he started General Delivery Service. They raised their family on St. Paul’s Eastside and all 10 of their children went to Sacred Heart Catholic School. John was a very involved volunteer with Sacred Heart Church and participated with bingo, the annual festival, and the Church Bazaar. John was an enthusiastic life-long Minnesota Twins and Vikings fan. He enjoyed golfing and bowling with his children and family friends. For several years, he was a member of the Men’s Club at Phalen Golf Course where he continued to make friends who shared his passion for golf. He was the “neighborhood Grandpa” or “Pops” to other kids in the neighborhood while living 53 years in their home on the East Side. His grandchildren remember going out to the golf course with him to feed the ducks and going up to Arcade Street to collect golf balls that landed in the road. He made a certain whistle with his hands that sounded like a train whistle and to this day, the family has yet to master his signature greeting. As a grandpa, John is the fun grandpa with a huge sense of humor, he is best known as a teaser, and he was the guy the grandkids would sit at the table and eat a bowl of Wheaties with. After retiring, John and Elaine took some time to travel. They enjoyed spending time in Arizona and Florida the most and their children sent them on a memorable trip to Hawaii for their 50th wedding anniversary.

To view a recording of John's Burial Service and Military Honors copy and past this link into your browser: https://youtu.be/7a29StL0HNQ

We encourage you to share any memorable photos or stories about John. All tributes placed on and purchased through this memorial website will remain on in perpetuity for future generations.

sent flowers to the family of John Buche.
Send Flowers

FOREVER IN OUR THOUGHTS AND ALWAYS IN OUR HEARTS, The Burckhard Nieces and Nephews, Cindy, Diane, Bill, Ronnie, Greg, Scott and Lori
Tuesday January 26, 2021 via Heartfelt Sympathies | Order flowers in memory of John
Share This:
1
Page 1 of 1
Share
×