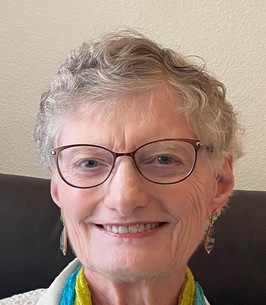 Share this tribute
Memorial Candles Lit for Kathlyn | SEE ALL
Light a Candle
"We are honored to provide this Book of Memories to the family."
— Mueller Memorial -White Bear Lake
"We love and support the Nelson Family. May God be with you"
— The Cherne Family
"Kathlyn was my friend. She and I became friends while we were students in a Norwegian language class. We sang in the church choir together..."
— Lynda Johnson
"Thank you for blessing my life with your unconditional love, grace and wisdom. You have touched my heart and the imprint that remains is..."
— Love Always, Tiffani Albrecht
"What a beautiful soul in an earthly heavenly angel form. She was a good friend, outstanding mental health counselor, and someone who led..."
— Dr. Karyl Frye
"The most loving, compassionate, strong, poised woman I am thankful to call Mother-in Law. Blessing my life with a loving husband, Bjorn..."
— Jenelle Ellen Nelson
Funeral Details Memory Wall Photos & Videos Send Flowers

Kathlyn Mattson (Nelson) was born as the youngest of 5 children to Roy and Esther Mattson on October 6, 1944 in the town of Warroad MN. She grew up in Roseau, MN on her parents’ farm, attending schools in both Roseau and Warroad where her love for education and music developed.

In 1972, Kathlyn met David Nelson through a mutual friend, Linda Larson. David and Kathlyn married on May 4, 1974 (David’s birthday). David and Kathlyn moved to Pennsylvania, where David was a Lutheran minister, and Kathlyn became a technical editor. David’s 2 children, Tricia and Brad, became a big part of Kathlyn’s  life and she loved them dearly.

In 1975 Kathlyn and David welcomed their first child together, Bjorn. Soon after Bjorn was born, they moved to St. Paul, MN to start new careers and be close to extended family.

In 1982 David and Kathlyn welcomed their second child together, Erika on Kathlyn’s birthday. In 1986 the family moved to White Bear Lake, MN to be near David's parents, Rev. Robert and Clara Nelson where they stayed for the remainder of Kathlyn’s life.

Kathlyn returned to graduate school with a passion for helping others, getting a second Master’s Degree in Psychology. She went on to receive her Doctorate from Capella University becoming Dr. Kathlyn Nelson, PhD, LP. She was very proud of her hard work, as was her whole family.

Kathlyn held an independent practice in Uptown Minneapolis for close to 20 years, retiring the spring of 2020.

Kathlyn enjoyed camping, canoeing, singing in the choir, playing piano, reading, needlepoint, and spending time with her 8 grandchildren. She was adored for hosting Nana days every Wednesday; baking, playing games, doing puzzles and playing in the backyard.

Kathlyn fought a long, hard battle with non-hodgkins lymphoma with her family close by her side. She surrendered to the disease on 12/02/2021.

For those unable to attend the service in person you may view the services via live-stream with the link below:

We encourage you to share any memorable photos or stories about Kathlyn. All tributes placed on and purchased through this memorial website will remain on in perpetuity for future generations.

We love and support the Nelson Family. May God be with you
The Cherne Family - Saturday December 11, 2021 via Memorial Candle
Share This:

Our hearts are with you during this time of sacredness and sorrow. Kathy left imprints on all of our hearts. We love you and are here for you.
Love, Tiffani, Teagan, Sadie, Faera, & James - Friday December 10, 2021 via Heartfelt Sympathies
Flowers were purchased and a memorial tree was planted
Share This:

In remembrance of a special aunt.Love, Jon, Lisa and Caitlin , Lori and Tristan, Jim , Brenda, Emma and Nate, Steve and Debbie, Wendy Parson
Lisa Bauer - Friday December 10, 2021 via Heartfelt Sympathies
Flowers were purchased and a memorial tree was planted
Share This:

We send you thoughts of comfort and peace. We love you all so much. Hugs and light, The Mechtenberg and Pulkrabek Families
Brooke, Joe, & kids, Kasey, Jeremy, Ty, Brit, Bruc - Friday December 10, 2021 via Heartfelt Sympathies
Flowers were purchased and a memorial tree was planted
Share This:

Kathlyn was my friend. She and I became friends while we were students in a Norwegian language class. We sang in the church choir together and had the opportunity to join a cruise along the coast of Norway in 2014. An important topic of nearly every conversation between us was family and our roles as mothers and grandmothers. Kathlyn was completely devoted to her family and loved them completely. I miss her very much. Takk for alt, Kathlyn.
Lynda Johnson - Friday December 10, 2021 via Memorial Candle
Share This:

Please accept my heartfelt sympathies for your loss... My thoughts are with you and your family during this difficult time.
Michael Lavin - Friday December 10, 2021 via Heartfelt Sympathies
Share This:
JH
Dear Nelson Family, I know how much Kathlyn loved you and that you, too, cherished and loved her. She had an extraordinary life! May all the precious memories be shared and honored. Love, Jane
Jane F Hennessy - Thursday December 09, 2021 via Condolence Message
Share This:

Thank you for blessing my life with your unconditional love, grace and wisdom. You have touched my heart and the imprint that remains is a gentle and beautiful one. Give James a hug for me. I love you Kathy.
Love Always, Tiffani Albrecht - Thursday December 09, 2021 via Memorial Candle
Share This:

Dear Nelson Family, I am so sorry for your loss. Kathlyn was my dear friend at Unisys and later at NIP. I will always remember her vibrant spirit.
Jerry Shih - Thursday December 09, 2021 via Heartfelt Sympathies
Share This: