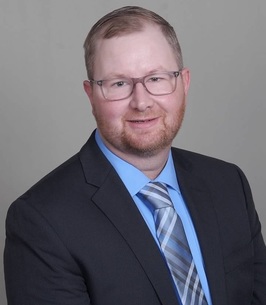 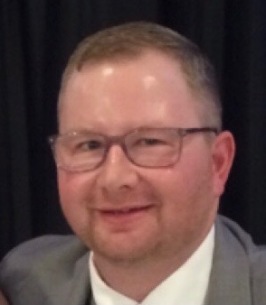 Share this tribute
Memorial Candles Lit for Nicholas | SEE ALL
Light a Candle
"We are honored to provide this Book of Memories to the family."
— Mueller Memorial Funeral and Cremation Services
"With heartfelt condolences, "
— Jessica Werk and Nicholas Ranallo
"Katie and family, my deepest sympathies to over this tragic loss of clearly such a loved young man. Words cannot express; sending comfort..."
— Faith Regan
"I got to know Nick through his wonderful friendship with my son, Tim Garcia. Nick was a kind and great friend to Tim and was a comfort..."
— Renee and Thomas Ryan and Garcia family
"Nick, You were my supervisor at Ryerson for over 6 months in 2019. This was my first job out of college and I couldn’t have made it..."
— Jessie McFadden
"With deepest sympathy, Kim Cook - Ryerson Brampton Ontario Canada "
— Kim Cook
"We light this candle to display our forever love for our son Nick, Love Mom and Dad"
— Deb and Steve
Funeral Details Memory Wall Photos & Videos Send Flowers

Nick grew up on the Eastside of Saint Paul where he shared a bedroom with both of his brothers, Ben and Alex, teaching him the intricacies of conflict and resolution. Nick loved to bake and cook with his sister Emily and Mom and took simple pleasures in a well-maintained lawn which was instilled in him from his Dad. The love of card games was passed down to Nick from Grandma Reda. Every family get together, Nick was always asking “who’s ready for a game?”.

The cabin life became a staple of Nick's early years where he loved to jet ski and tube and ride the go-cart. Family vacations were a mainstay, some of which included Yellowstone, Disney World, Glacier National Park, California, and New York.

Nick attended St. Pascal Baylon Elementary School where he enjoyed playing soccer, baseball, and hockey. Sports were a lifelong obsession of Nick’s. At an early age, Nick developed the joy in mentoring others when he began teaching tennis with the Saint Paul Urban Tennis program at Eastview playground, an activity that was enjoyed with his sister Emily. It was at Hill-Murray High School where Nick formed lasting friendships that have remained to this day.

Fantasy Football was a passion of Nick's with most of the league members being former classmates at Hill. Nick loved and excelled at tennis and lettered every year in high school. He also loved playing goalie with Eastside/Wessy's Boys hockey team during this era. Nick went on to UMD and became a proud Bulldog, attaining his Bachelor of Business Administration. His little brother Alex joined him later where it was his pleasure to show him the ropes of the great city of Duluth, a town that holds a special place in both their hearts.

In Nick's formative years, he purchased a house with his brother Ben, all the while dedicatedly working with Red Lobster from his teenage years on through his adult life. He trained and mentored countless Red Lobster employees, something he took great pride in. He also worked many odd jobs to live the comfortable life he was creating for himself.

Nick met the love of his life, Katie, in August 2014. Nick and Katie quickly became inseparable and were making a life they adored. They adopted Melrose Snuggins Marie Huesman (“Mellie”) in February of 2017, thus forming the happiest of households. Later that year, Nick started working at Ryerson where he trained sales staff members, a job he thoroughly loved. Nick and Katie married in October 2018, giving Nick a second loving family, the Jones. Being a Jones family member afforded Nick many opportunities and fun activities including cookouts, golf, pontoon rides, and videogames. It also granted him induction into the infamous “ick” boys group.

Uncle Nick loved being a role model and friend to his Niece and Nephew who he cared for immensely. Nick and Katie finally settled in Coon Rapids where they have been enjoying their lives for the past couple of years.

Countless Friends and Family are eternally grateful to have known Nick and shared a laugh or two, a laugh that is not only unforgettable but also unmistakable if you’ve ever had the pleasure. He mentored many and was loved by all. Nick will be unequivocally missed.

We encourage you to share any memorable photos or stories about Nicholas. All tributes placed on and purchased through this memorial website will remain on in perpetuity for future generations.

Add Photos Post Condolence
CG
Our thoughts and prayers are with you and your family at this difficult time. We remember many good times the boys had together in scouts and sports. Jerry and Char Gonerka
Charlene Gonerka - Saturday September 25, 2021 via Condolence Message
Share This:

Katie - our hearts are with you. Very little can be said during such a difficult time. We wish we could be there to hug you. Beth and Cody
Saturday September 25, 2021 via Heartfelt Sympathies
Share This:
R
Nick was a wonderful friend to our family. Please know you raised a great young man. Our prayers and hugs as you go through this time.
Renee - Saturday September 25, 2021 via Condolence Message
Share This:

Our thoughts and prayers are with you.
Special Coagulation Laboratory - Friday September 24, 2021 via Heartfelt Sympathies
Share This:

Please accept our most heartfelt sympathies for your loss... Our thoughts are with you and your family during this difficult time.
Kathy & Rachel Carlson, Korie Keller, Lauren Witth - Friday September 24, 2021 via Heartfelt Sympathies
Share This:
TC
Deb, Steve and family,
I was so sad to hear about Nick. I hope all of your friends and family thoughts and prayers can be a comfort to you during this difficult time.
Love,
Tammy Carlberg
Tammy Carlberg - Friday September 24, 2021 via Condolence Message
Share This:

Our thoughts and deepest sympathy are with you .
Dan and Patty Holmes - Thursday September 23, 2021 via Heartfelt Sympathies
Share This: