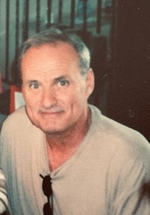 Richard C. Ward, 72, of Balsam Lake, WI formerly of St. Paul passed away on Monday, February 15, 2021 after a prolonged battle with cancer. He was born on August 24, 1948 in St. Paul and graduated from Harding High School in 1966. He was an Army Medic during the Vietnam War. When he came back he began to remodel homes to sell. Then he bought and owned the Payne Reliever and the Rockin Eastside. He moved to Balsam Lake and bought the Paradise Supper Club. He was a proud member of the VFW in Balsam Lake. He loved animals. He will always be remembered as a huge jokester who could make anyone laugh. He loved his family and will be greatly missed. He is survived by his brother, Robert E. Ward; sister, Mary Ellen (Allen) Noreen; sister-in-law, Scharlet Ward; many nieces and nephews; and 3 grandchildren. He was preceded in death by his daughter, Elizabeth Ward Perrault; and parents, Ellen Friske and Kenneth Ward. A public visitation will be held from 10 AM to 12 PM on Wednesday, February 24, 2021 at Mueller Memorial in St. Paul, 835 Johnson Parkway. Private Family interment at Fort Snelling National Cemetery. A Celebration of Life to be held in Balsam Lake, WI at a later date.