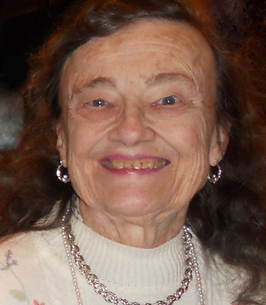 Share this tribute
Memorial Candles Lit for Lorraine | SEE ALL
Light a Candle
"We are honored to provide this Book of Memories to the family."
— Mueller Memorial Funeral and Cremation Services
"Lorraine was an amazing woman. She will be missed by so many who were fortunate to know her and volunteer beside her. Our prayers are with..."
— Glenn & Sherry Allenspach
Funeral Details Memory Wall Photos & Videos Send Flowers

Lorraine was a loving wife, mother, grandmother, and friend. Lorraine was born and raised in St. Paul on the East Side, Dayton’s Bluff neighborhood. She attended Sacred Heart grade school and graduated from St. Joseph’s Academy high school. She met her husband, Peter, while working for the U.S. Army Corps of Engineers. She was very active in the local DFL party. For over 45 years she was involved with the City of Maplewood government including serving as Chairman of the city’s Planning Commission and as Chairman of the Housing and Redevelopment Authority. When the city of Maplewood was celebrating their first 50 years, Lorraine was listed as one of the ten most influential women in the city’s first 50 years. She was an avid volunteer; she spent almost 30 years volunteering for Catholic Charities, receiving the Archbishop’s Annual Award in 2007. She was also recognized in 2007 by Ramsey County as its Senior Woman of the Year. Lorraine was active in the Friends of the Library in Maplewood. She was active in the League of Women Voters Roseville/Metro. She was also active in her own parish, Sacred Heart in St. Paul. She liked to garden in her backyard; was extremely accomplished at needlepoint; she enjoyed reading mystery novels; and could complete the Sunday New York Times crossword in pen. She will be greatly missed.

In lieu of flowers, memorials preferred to Catholic Charities.

We encourage you to share any memorable photos or stories about Lorraine. All tributes placed on and purchased through this memorial website will remain on in perpetuity for future generations.

Lorraine was an amazing woman. She will be missed by so many who were fortunate to know her and volunteer beside her. Our prayers are with the Fischer family at this time.
Glenn & Sherry Allenspach - Sunday January 10, 2021 via Memorial Candle
Share This:

Your Mom will dearly be missed. Like our Mom, Aunt Lorraine also had the gift of laughter and always willing to help those in need. A true blessing.
Love, the Finnegan family - Saturday January 09, 2021 via Heartfelt Sympathies
Flowers were purchased and a memorial tree was planted
Share This:

Teresa: Your work friends have planted a memorial tree and made a contribution to Catholic Charities ($500) in sympathy for your loss.
Paul Hanson and the work bunch - Saturday January 09, 2021 via Memorial Tree
1
Page 1 of 1
Share
×